On 24 April 2012, in the luxurious surroundings of Palace of Geology, the Official Opening of the Exhibition ASTANA-CAPITAL OF THE FUTURE took place. 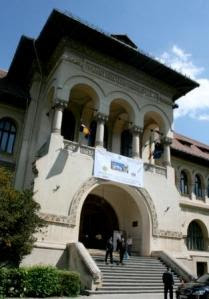 The exhibition organized by Embassy of Republic of Kazakhstan in Romania and European Council on Tourism and Trade is destined to express European support for Astana candidature to host EXPO 2017 International exhibition.

The opening ceremony was held in the presence of Members of Romanian Parliament and Romanian Government, members of Diplomatic Corp accredited to Romania and countless Romanian and foreign diplomat’s, academicians, personalities of culture and art etc. 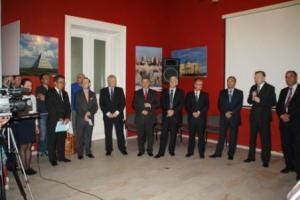 In the opening speech, Professor Dr. Anton Caragea, President of European Council on Tourism and Trade (ECTT ) had underlined that ASTANA-CAPITAL OF THE FUTURE Exhibition is destined to offer the official support of European Council on Tourism and Trade and of Parliament and Government of Romania to the bilateral strategic relationship between Europe and Kazakhstan and for the candidature of city of Astana for EXPO 2017.

″Astana must be the host of EXPO 2017 as it is the most dynamic city in the Asia region in term of economic development and is the symbol of geopolitical shift towards Asia as the main engine of economic growth and also because Astana is enjoying political support and economic investments of 20 billions euro for holding EXPO 2017 in the best circumstances. Electing Astana is the practical thing to do, is the common sense and the most successful choice″, concluded Professor Dr. Anton Caragea. 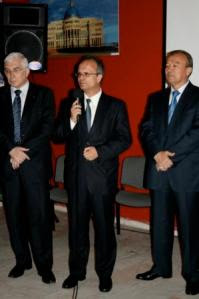 Taking the floor, Deputy Viorel Palasca, President of Romania-Kazakhstan Friendship Parliamentary Group had conveyed Parliament support for Astana: ″ I assure you of all our support, a traditional one I must add, for Astana receiving a new and deserved international recognition as the host of International EXPO 2017 in a new, dynamic, modern capital that is combining in an outstanding manner the architectural values and the creator spirit of inhabitants of Republic of Kazakhstan ″.

Finally, the Deputy V. Palasca had address his warmest congratulations and appreciations for the effort in impeccable hosting and organizing this event to H.E. Talgat Kaliyev- Kazakhstan Charge d`affairs and to Professor Dr. Anton Caragea, ECTT President . 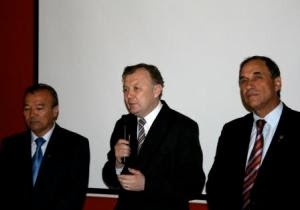 Deputy Ahmet Aledin, Vice-Chairman of Parliamentary Commission for Culture had express the general sense of unity among opposition and power alike in the Parliament in supporting the strategic relationship Romania-Kazakhstan. 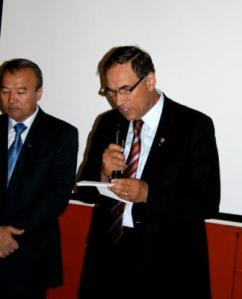 Senator Trifon Belacurencu had express the Romanian Senate salute and support for the exhibition, testifying that the Romanian decision to support Astana as host of EXPO 2017 is just an episode in a long history of bilateral support and friendship.

The rest of the main dignitary’s present at the exhibition such as Sali Negiat- Secretary of State of Romanian Government, Professor Dr. Mircea Constantinescu, director of European Tourism Academy had underlined the staunch support for Kazakhstan –Romanian friendship and support for Astana as host of EXPO 2017.

A special moment was the speech of Mayor Nicolae Ontanu, in thunderous applause, announcing that Astana is having a street named after in the heart of Bucharest.

Equally warm was received the letter signed by President of Cultural Committee Mrs. Raluca Turcan expressing his pledge in supporting all Kazakhstan initiatives in Romania.

Finally emotion overwhelmed H.E. Charge d`affairs of Kazakhstan Talgat Kaliyev took the stand and express his appreciation for the showered praises and feelings of support express toward his country. This solidarity and the desire of building an improved connection is a guarantee that the present day perfect political bilateral relation and economic investments of Kazakhstan in Romania of more than 3 billion dollars are just the beginning.

In the end H.E. Talgat Kaliyev had presented a short movie about Astana preparations to host EXPO 2017 and stated that the EXPO 2017 in Astana will be a universally shared success.

The final moments of the ceremony where dedicated to a stroll along 20 huge photos of today’s Astana landmarks and then the guest had enjoyed a huge cake named in honor of Astana and patrimony campaign, made specially available for this event.

The Exhibition ASTANA-CAPITAL OF THE FUTURE was broadcasted by 6 European televisions’ (TVR Cultural, TVR Info, TVR 1, National TV, N24 Plus and Travel Mix) and receives dozens of favorable reviews in the press supplementary emphasizing the strong impression left by Kazakhstan to European public.

The Exhibition ASTANA-CAPITAL OF THE FUTURE, the most important cultural event hosted by Europe in 2012, remained opened between 23 and 27 of April 2012 receiving more than 18.000 visitors in this period of time, witnessing the powerful impression left by Astana to Romanian public.

Among the tens of diplomatic representatives present on the venue of the ASTANA CAPITAL OF THE FUTURE EXHIBITION we have selected a FEW but we say THANK YOU to ALL dear friends: 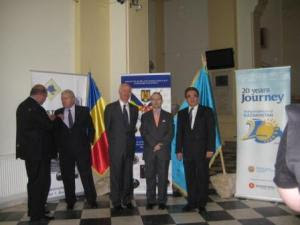 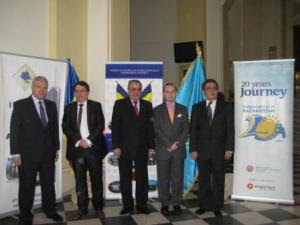 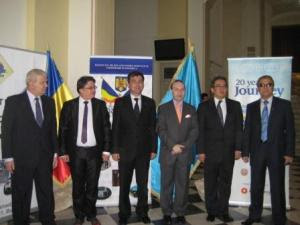 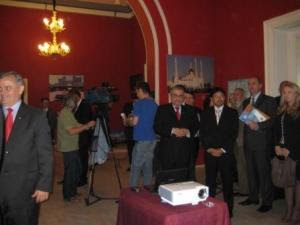 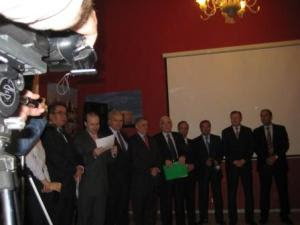 Eight dignitaries of Romania had come to pledge support for Europe-Kazakhstan strategic relation. 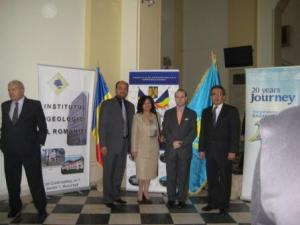