The issue tabled for the organization will be: the selection of the best city for tourism-World Capital of Culture and Tourism, analyzing the future of European tourism, electing new countries in the ECTT and electing new members in the European Tourism Academy etc. 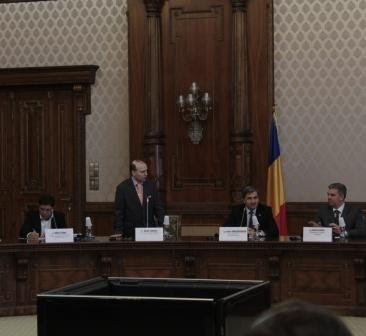 European Council on Tourism and Trade 2013 General Assembly was also hosted in Bucharest Palace of Parliament.
More than 200 representatives of major regional branches of European Council on Tourism and Trade, major tourism and trade firms and tourism specialized journalist`s will convene in Bucharest, in the landmark Palace of Parliament of Romania, the second largest building in the world and the first in Europe, a landmark of European tourism and architectural treasures.
It was considered as befitting that, the most important European tourism gathering to be held in the venues of the greatest building in Europe. 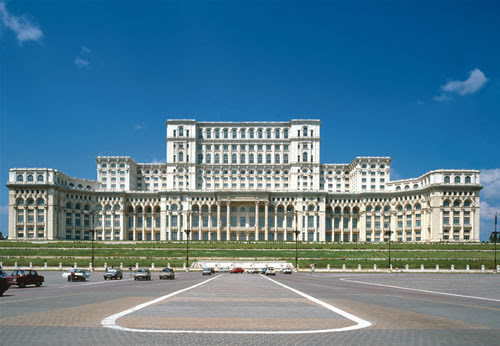 Palace of Parliament will host  2014 European Council on Tourism and Trade general assembly vote for WORLD BEST TOURIST DESTINATION IN 2014.

On the luxurious surrounding of Palace of Parliament, the body will have to decide upon the WORLD BEST TOURIST DESTINATION for 2014 with 27 countries on the list, from all the continents, regions and climate`s off the world.

It is the biggest number of competitors in the history of the prize and this fact alone is speaking about the importance of the prize, the relevance of the competition and of the prestige that is encompassed in the European highest tourist award, stated Professor Dr. Anton Caragea, ECTT President.

We have countries representing the historical patrimony and the rich cultures of Asia, to the pristine nature of Africa and the traditions and historical patrimony of the black continent and concluding with the impressive tourism potential of South and Central America, declared Academician Mircea Constantinescu.

Other topics will be: the selection of the best city for tourism-World Capital of Culture and Tourism, analyzing the future of European tourism, electing new countries in the ECTT and electing new members in the European Tourism Academy etc.

In concluding the works of European Council on Tourism and Trade the main delegates will be invited for a discovery trip to Danube Delta.

Danube Delta it is an unique touristic and natural reservation, an area without similarity in European Union and the world, a wild life and natural sanctuary and the visit of all European delegates to the area will be not only a promotion trip, but also a discovery of a natural protected area that every European must at least once in their life to come and visit, stated ECTT President Professor Dr. Anton Caragea.
Posted by Global Tourism Institution at 01:41

In the last period of time Professor Dr. Anton Caragea received two times the title of MAN OF THE YEAR for United States Biographic Institute, Romanian Senate MEDAL OF HONOR FOR INTERNATIONAL ACHIEVEMENTS and 20 medals and decoration from around the world for his commitment in promoting a new diplomacy for XXI century.

President-Professor Dr. Anton Caragea, President of European Council on Tourism and Trade received on behalf of a European Union delegation of parliamentarians the EUROPEAN AWARD FOR DIPLOMATIC ACHIEVEMENTS FOR 2014.

The parliamentarian committee had decided to award him for his key role in promoting European unity, in creating efficient and real democratic oriented organizations that are offering today world models of activity and for his instrumental role in carving a new image of Europe in the world. The EUROPEAN AWARD FOR DIPLOMATIC ACHIEVEMENTS FOR 2014 comes in recognition of this role in opening dialogue and friendly relations with Central Asian countries like Turkmenistan and Tajikistan, in chairing and supporting election supervision bodies that supervised the democratic electoral process and progress in Kazakhstan parliamentary and presidential elections, in supporting the democratic reform in Syria, in promoting the message of peace and reconciliation of peoples of Europe across the world , in promoting the reform and the democratic process in international bodies such as United Nations, Organization for Security and Cooperation in Europe and supporting the plans for a general confederation between Europe and Asia in the framework of Eurasia Security and Cooperation Plan and to reform the 1975 Helsinki Treaty.

In all his actions, the voice of Professor Dr. Anton Caragea supported the direct democracy, the social agenda, the true national development and the freedom of speech and the necessity of engagement with the world area without preconditions, false and covered agenda and imperialist and hegemonic pretentions.

Professor Dr. Anton Caragea accepted the EUROPEAN AWARD FOR DIPLOMATIC ACHIEVEMENTS FOR 2014 with gratitude and declared that the prize is a sign of confidence on behalf on intellectual and true European believers, People that believes that Europe must not preach, must not threat, must not impose sanctions and consider himself as a power against the people.

The Europe of today and of tomorrow must support real and direct democracy, must rebuke the imperialist cover agenda, the exploitation of people and must lead by example and by respecting the main principle’s of international law: respect for suzerainty and territorial integrity, refuses the involvement in internal affairs of independent nations, to relinquish the threat of war or the war as instruments of foreign policy, promoting the mutual respect between nations no metter the size or population number, economic or military power all countries have the same rights and obligations. Making the base of diplomacy the mutual respect, bilateral interest, equality among nations and totally refuse the use of human right as a tool for promoting imperialist agenda and horrible crimes against humanity.

This are the ideal`s that guided and will guide my activity in the field of diplomacy and international cooperation into the spirit of development and brotherhood among nations and peoples stated Professor Dr. Anton Caragea accepting the diplomatic prize.

Posted by Global Tourism Institution at 01:34