Its members are from 27 European Union Tourism Organizations , whose role is to market and promote tourism and investment opportunities outside the European Union in general, and to  individual countries in particular.


This is ECTT's corporate website, which is aimed at industry, government and educational personnel interested in obtaining tourists from European Union to their countries.

European Council on Tourism and Trade is one of the oldest and most important  institutes in European Union specialized in the field of tourism promotion and research .

It is our wish to acquaint the users of our services, our partners in the European Union and abroad with the touristic, trade , scientific, research, cultural and publishing activities of the Institute.

Since it was established , European Council on Tourism and Trade has had a special place in the tourism industry of the European Union.

Starting as a small group of tourism experts and researchers who laid foundations of the European Union science of international tourism , the European Council on Tourism and Trade  has gradually turned into the largest tourism scientific and promotion  institution of this kind in European Union  and one of the most reputable tourism promotion centers in the world.


Up to the present day promotion and PR activities in the fields of  tourism, cultural tourism  and tourism law have been in the core of its activities.


In its long tourism promotion practice the European Council on Tourism and Trade  has established close co-operation and a working partnership with the Ministries of Tourism across Europe.

Additional efforts have been made to raise the quality of works and specially the prizes and awards  in accordance with the scientific standards and research reputation the European Council on Tourism and Trade enjoys in the European Union  and abroad. 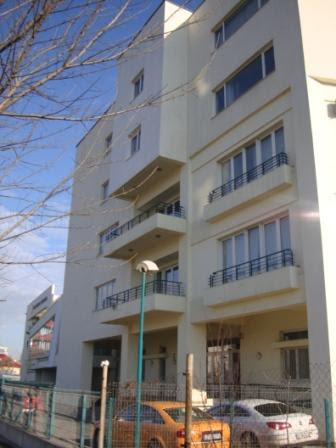 The European Council on Tourism and Trade  (ECTT) is the organisation responsible for the promotion of other world regions ( Asia, Africa, America , non- EU regions etc. ) as a tourist destinations to European Union public.

The European Tourism Private Organizations insuring the outgoing of national tourism on non European Union destinations . They elect a President, two Vice-Presidents as members of Board of Directors for  revolving six  years terms.

The program for promotion of different countries and regions to European Union audiences realized with  Tourism Authorities of the country in question is submitted for approval to ECTT  Members in Europe.

To work together to build the value of tourism to all the beautiful and diverse countries of Europe through, in particular, cooperating in areas of sharing best practices, market intelligence and promotion".

The main objectives of the European Council on Tourism and Trade are to:

Originally established in 2005  ECTT has been promoting overseas destinations to an European union audience and currently undertakes the following activities:

-     ensure that all marketing personnel working for the ECTT members to have the opportunity to learn more about existing and emerging digital media technologies, their impact on business processes and the opportunities they offer.