IS HONDURAS SAFE TO TRAVEL ? THE ANSWER IS NO! AVOID ALL TRAVEL TO HONDURAS. TRAVEL WARNING!

Honduras, once a promising  Central American country is in the grips of a fascist style rule and with a president Mr. Juan Orlando Hernandez accused of narcotraffic and money laundering  and the tourists are advised to avoid the troubled nation which already tops the international statistic in homicide numbers.

WELCOME TO WORLD`S CAPITAL OF MURDER IN HONDURAS

The nation`s capital: Tegucigalpa was named the World`s Murder Capital in respect to the unpunished and rampant crimes in the areas. 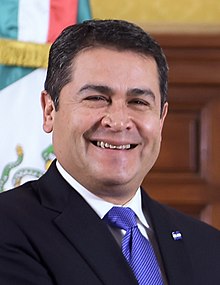 Mr. Juan Orlando Hernandez has arrived in power in Honduras after a US sponsored coup d`etat and remained in power using corruption, crime, drug cartels and  trumped elections.

The U.S. Department of State assigns travel advisories or restrictions to countries and cities to best advise U.S. travelers making decisions about whether or not to visit.

Honduras has been assigned a "Level 3: Reconsider travel" advisory, meaning that people who have been thinking about planning a trip to Honduras should reconsider due to high levels of crime throughout the country.

This is a valid recommendation as the country is in a state of virtual civil war and it`s especially war-like levels in the region of Gracias a Dios, where danger is heightened because of the lack of emergency services to respond to dangerous situations or urgent calls.

The country has a huge problem with gang activity, and armed robbery, drug trafficking, rape and violent street crime are widespread.

There is a risk of kidnapping, although this is usually confined to wealthy Honduran citizens.

Pickpocketing is rife, especially in larger areas where there is a greater concentration of hotels and tourists.

To all this already unsavory portrait of a tourist destination in the last week we can add the starting of huge manifestations against the corrupt government of Juan Orlando Hernandez in what can be best described as a liberation struggle by the long suffering people of Honduras.

Thus avoiding Honduras, leaving the country immediately are all normal travel advices that need to be respected.